After pulling off a major leasing coup at what turned out to be the start of a global pandemic in March 2020, the development team of a 24-acre swath of the East End is ready to launch the full marketing of a rebranding and reinvention of what they’re now calling Rockwell Park.

Named for the one-time Rockwell International which was a major Pittsburgh company that was based there, Rockwell Park comprises a collection of properties being renovated by a development team now called Rockwell Park Development, formerly operating as ICON Development Inc., as the lead owner of the plan.

Spanning along the north side of Penn Avenue in North Point Breeze, Rockwell Park is now nearing the completion in a construction plan to renovate its collection of eight buildings while adding new streetscape improvements to knit together what were individually owned properties into a larger park.

Jason Stewart, a managing director at JLL who represents Rockwell Park, expects it will be a unique draw given its scale and variety, both in types of space and rental rates.

“It is Pittsburgh’s largest blank canvas to deliver so many different product types of work space,” said Stewart, adding the project includes both traditional office space as well as high-bay tech flex and maker manufacturing space as well.

With some of the major buildings soon coming available for occupancy, and some of the space long occupied by established tenants, Rockwell Park’s biggest new tenant will be the M*Modal subsidiary of 3M. The development team announced landing M*Modal in March 2020 for a 53,000-square-foot office in Rockwell Park’s 7514 Thomas Boulevard building, where it will move from its previous space at Forbes and Murray in Squirrel Hill.

Stewart said the 7514 Thomas Boulevard space has been turned over to 3M for occupancy, with a time frame for the company to occupy the building to be determined, as with so many companies amid the pandemic.

Rockwell Park already counts the University of Pittsburgh, Carnegie Mellon University School of Drama, BirdBrain Technologies, Lifeware Labs and Near Earth Autonomy as tenants, along with East End Food Co-op, a natural and organic food market whose property was acquired and included in the larger plan.

Al Lardo, a principal of Rockwell Park Development, noted how 3M serves as the kind of ideal tenant to draw to the redevelopment in a prepared statement.

3M is the type of advancement-driven tenant we envisioned for Rockwell Park and we have worked hard to create a differentiating tenant experience that intrigues innovative companies. We welcome like-minded organizations to Rockwell Park as an ideal location for workforce recruitment, university collaboration and invention. 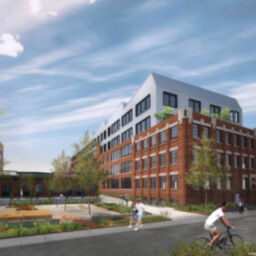